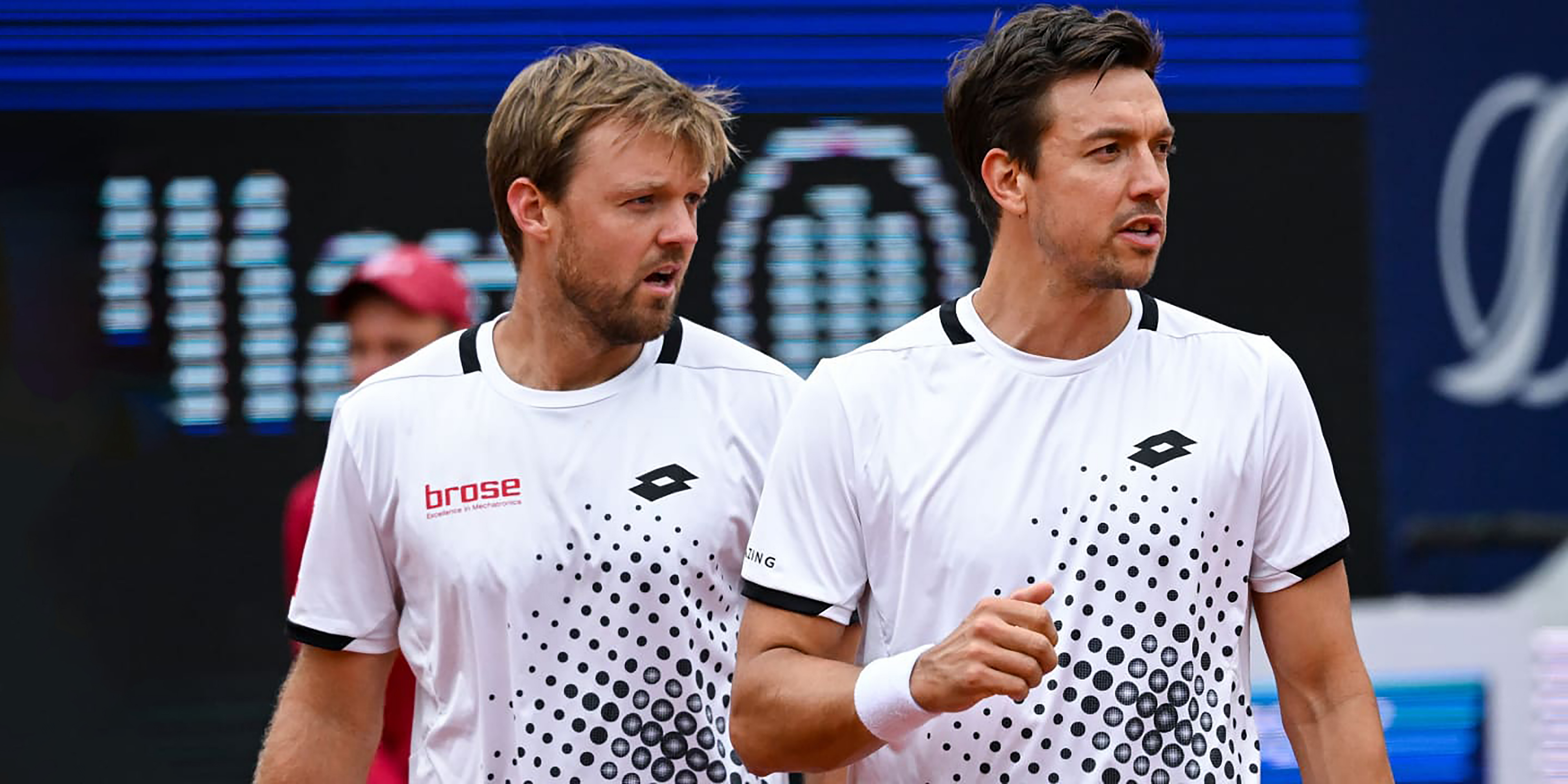 What’s Happening in the World of Sports?

Can’t keep up with all of the sports headlines?

We get it. A lot has been happening in the world of tennis, padel, and soccer. Everything from miraculous wins to athletes making history.

Let’s dive into what’s been going on over the past week with Lotto’s partner athletes.

The world of tennis has been on fire lately with many firsts, big wins, and dynamic duos. It took only one hour for Jabeur to beat her opponent, Russian Ekaterina Alexandrova, 6-2 and 6-3 to make her trip to the finals. There, she was met with American star Jessica Pegula. Jabeur beat Pegula in a great back and forth match in just under two hours.

Germans Andreas Mies and Kevin Krawietz With Another Great Victory After the result in Barcelona, the German duo won again at the BMW Open in Munich, defeating Rafael Matos and David Vega Hernandez to claim the trophy in front of their home crowd. They’ve now won consecutive titles. 22-year-old Jule Niemeier closed the week without losing a single set. She won the Zagreb Ladies Open, first besting Petra Marčinko, the first junior in the world, and going on to defeat Hungarian Reka-Luca Jani in the finals. Argentinian star Camilo Ugo Carabelli won big on home soil, battling through the opening rounds of the ATP Challenger Tournament before besting his fellow countryman Andrea Collarini with 7-5 and 6-2 sets. The Ukrainian 18-year-old phenom won the Split Futures with sets of 2-6 and 3-6 against German Rudolf Molleker. Dominating the tournament from the start, this win marks Bielinskyi’s first ITF M25 title.

Lorenzo Ferri Wins the ITF Under 18 In Salsomaggiore The young Italian takes home the 39th edition of the tournament by beating Australian Matthias Ujvary with clear 6-3 and 6-2 sets. This marks Ferri’s second back-to-back tournament win after Florence. The golden boy of Italian tennis, Flavio Cobolli, won a challenger a few weeks ago in Zara. He is now in possession of the best week-to-week ranking, reaching the top 150 in the world.

The semi-finals of the tournament will be held in the Garden in Rome.

The Duo that Climbs the Rankings Dynamic duo Katerina Siniakov and Elise Mertens confirm their leadership in the world doubles ranking by becoming number 1 and number 3 in the WTA doubles ranking. Yet another unstoppable duo, Demi Schuurs from the Netherlands and American Desirae Krawczyk win big at the WTA 500 Porsche Grand Prix, the 44th edition of the women's tournament played on indoor clay in Stuttgart, Germany.

Sebastian Ofner Wins the Third Challenger Title of His Career All good things come in threes! The current fourth-best Austrian tennis player, Sebastian Ofner, wins with sets of 6-0 and 6-4 in the final over Dalibor Svrcina (CZE) to take the tournament victory at the ATP Challenger event in Prague.

The Lotto athlete proves to be a real champion by returning to win after the injury that forced him out of action for over 7 months.

Lucia Bronzetti Persists In Her Ascent Italian star Lucia Bronzetti wins the ITF W60 in Chiasso, Switzerland, and becomes the new number 80 in the world ranking.

With this win comes the most prestigious title of Bronzetti’s career so far, the Axion Open. There, she beat hostess Simona Waltert with scores of 2-6, 6-3, and 6-3.

Padel had some exciting duos claiming victories in Albacete over the past few days. Check out these stories. 
In the Pavilion of the University of Albacete, Ortega and González prevail in the third set, becoming champions of the Tau Cerámica Albacete Challenger 2022 with sets of 3-6, 6-3, and 6-1. Another dynamic duo, another big win in Albacete.

The Tau Cerámica Albacete Challenger 2022 ended at the Pavilion of the University of Albacete. In this second event of the 2022 season of the World Padel Tour, the Spanish-Brazilian duo obtained a dream title by beating the Spaniards Yanguas and Coki in two sets: 6-4 and 7-6.

Onto the Italian Cup Final For Female Lotto Athletes Two of our athletes, Paloma Lazaro (Roma Women - Solista 200) and Roberta Aprile (Juventus Women - Solista 100 Gravity), have made it to the final of the Italian Cup scheduled for next May with their respective teams. We’re wishing them all the best. In the match against Benevento, Monza dominated the game with a decisive 3-0 victory and thus conquering the second place valid for direct promotion to Serie A.

The last seasonal effort for the Lotto team was the match against Perugia, which was a close 1-0 losing effort.

Vicenza Takes the Field With Determination Vicenza had an incredible victory against the first classified Lecce.

Down by a goal until a few minutes before the end of the match, the red and white team was determined to turn the game around, scoring three goals to keep the dream alive. They went on to defeat Alessandria in the final with a score of 1-0.

Lotto Wins in South America Too Victory for both Lotto teams in Paraguay!